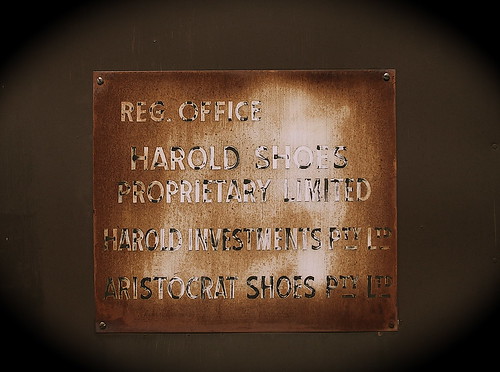 The Harold Boot Company traces its history back to 15th Century Leicestershire where Ian Harold’s ancestors were bespoke shoe makers. In 1912, Frederick Harold came to Australia to source raw materials and establish local production facilities. The Australian business thrived, with strong sales in both local and overseas markets.

In the past six years, the Harold Boot Company’s production has more than trebled and the quality of its products continues to be appreciated in both local and overseas markets.”

One son of Ian Harold, Peter, decided to become a miner instead of a bespoke bootsman. When he pulled his company’s millionth ton of nickel out of the ground, he shouted all his employees a pair of his family company’s boots.