If so, please return to its owner, or ring 000. It’s 3m long. It’s as thick as an arm.  It escaped from a balcony at  Tim Marshall’s Noone St, Clifton Hill apartment on the 9th, where it had lived with another carpet python for a decade. They suspect it might be in your roof, or up a tree. The police suggest not leaving little birds outside in little cages, but the opinion on that is divergent.  Tim says the snake ate well last week, so not to worry. The Hun reported that the snake is not on any medication.  And this, for me, is the fascinating bit of the story.  What motivated Patrick Horan to report that bit of non-news? 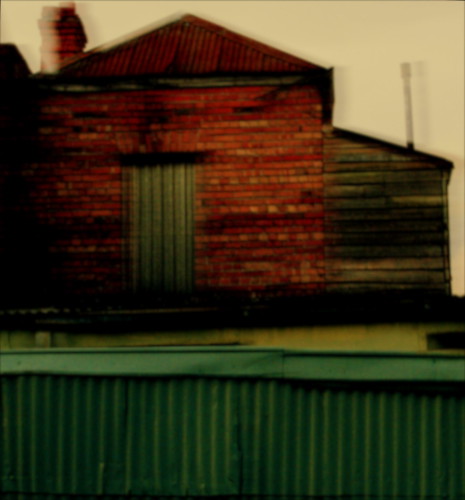 The Age reported yesterday that the median Abbotsford property sale price — that is the middle number when all the sales results are lined up in chronological order — was 12.7% higher in the first three months of this year compared with the last three months of last year. But there were fewer than 30 sales results in the line of numbers, and the data are therefore implicitly not statistically reliable. The median was $575,000 in the first 3 months of this year, compared with the median for the whole of Melbourne of $380,000, and the median for houses within 10 km of the city of $566,000 (that figure is up 15% on a year ago, compared with the whole of Melbourne figure which is up only 5.3%). Richmond and Collingwood were also up about 10%, but Fitzroy — also with fewer than 30 sales — and Clifton Hill were down about 5%. The median sale prices in the last 3 months were: END_OF_DOCUMENT_TOKEN_TO_BE_REPLACED

I journeyed out of the ‘wood today to North Carlton, and bought from Alice’s Bookshop two books which will stand this blog in good stead. My uncle had an Alice’s Bookshop addiction for a long time. Its owner is an old Cambridge man, a fact noted on his website, a bookseller for 20 years. The first was Bill Brodie and Brian McKinlay’s Collingwood and Fitzroy Sketchbook, published in 1978 when the Convent was still inhabited by nuns and the Eastern Freeway was just opened. It is a lovely hardback and has taught me some fascinating tidbits which I will feed you with over time. It is one of a series of 175 published in Adelaide as the Rigby Sketchbooks which also include Old Melbourne Hotels Sketchbook, River Yarra Sketchbook, and Richmond and East Melbourne Sketchbook.

The other was J.M. Freeland’s The Australian Pub; An Illustrated History of the Development of the Australian Pub from the 1790s to the Present one of the more interesting books to come off Melbourne University Press’s Presses. I declared to those I met for coffee at the Paragon Cafe that I was hitherto an amateur pubologist. The book was last owned by Thomas Hazell from 11 April 2005. Google suggests he is a Melbourne University fine arts academic and one-time president of the Dante-Aligheri Society.

And so I learned from Mr Freeland that the myth which I have come to know relatively recently about secret tunnels under The Tote is one of frequent occurrence: END_OF_DOCUMENT_TOKEN_TO_BE_REPLACED